Groundwater flow is the movement of water that travels and seeps through soil and rock underground. Stored in cavities and geologic pores of the earth's crust, confined groundwater is under a great deal of pressure. Its upper part is lower than the material in which it is confined. Unconfined groundwater is the term for an aquifer with an exposed water surface.

Water flows across a land surface then penetrates soil and rock. Once it goes underground, the water is still moving. Groundwater flow speed depends on subsurface materials and the amount of water. From the land surface, the water moves to the water table. Hydrologists can predict and measure the flow, as well as the level and the gradient. Problems occur as the water goes through an unsaturated zone and picks up substances, some of which are toxic.

Toxicity is dangerous because groundwater supplies are used for public drinking water. The resource also irrigates agricultural land, is used to develop urban areas and supplies rural populations with drinking water via well systems. Some ecosystems, such as aquatic systems in arid regions and coastal margins, rely on groundwater to survive. Pollution from uncontrolled industrial and urban waste is beginning to affect aquifers.

Like surface water, groundwater flow moves downward in whichever the direction the water table slopes. Its flow rate is much slower than that of surface water. River water generally flows thousands of times faster. Groundwater can take over 10 years to move one mile, so depletion and pollution problems are not quickly remedied.

Monitoring levels and groundwater flow is expensive but monitoring is garnering important data. Collected data is being used to improve well construction, determine groundwater flow direction and gain understanding of aquifers and storage. Managing this natural resource properly can ensure that it remains safe and plentiful.

According to the U.S. Geological Survey (USGS), approximately 25 percent of all water used in the U.S. comes from groundwater, mostly from freshwater aquifers. The rest comes from surface waters. The International Association of Hydrogeologists (IAH), a non-government entity, maintains that around 2 billion people worldwide depend on this form of water. In times of drought, aquifers can alleviate strain on economic activity.

Groundwater cannot be replenished indefinitely. Research suggests that proper management throughout the world is a top concern regarding world water policy. Until issues with stored research information is resolved, however, nations are having a difficult time gathering evidence to support a global plan. 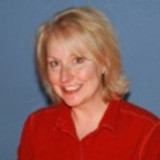 @mitchell14, you forgot another big one, the chemicals used in the raising of animals. Many farm animals are now fed ridiculous amounts of antibiotics and other things to keep them from spreading disease in their painfully over-crowded living spaces. Even if you don't eat this meat- and if you do, you're getting a lot of these chemicals that way- the excess from these places also gets into the groundwater.

Some of the pollution problems hinted at here can include anything from the chemicals in litter, the pesticides used in agriculture, and even the waste caused by even small spills of oils, gasoline, and nuclear waste in some places. If you think these things don't affect you, they definitely do.