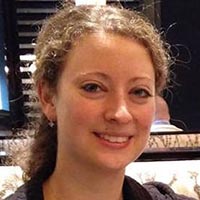 The inhabitants of Esperance, Western Australia, never expected to end up on the front pages of newspapers around the world, but that's exactly what happened in July 1979, when the Skylab space station began its uncontrolled re-entry into Earth's atmosphere.

Although NASA attempted to maneuver Skylab so that it would avoid populated areas, and land in the southern Indian Ocean, those efforts were only partially successful.

People around the world speculated about where the space station's remnants would end up, but none could have guessed that much of the debris would ultimately fall over Esperance, a town of only 10,000 people located to the southeast of Perth.

In the event, Skylab disintegrated much closer to Earth than NASA had expected -- and quite a lot of metal ended up scattered around Esperance. The town even issued a tongue-in-cheek fine to NASA for littering, which it never seriously expected to receive. However, a California radio DJ named Scott Barley took up the cause and raised enough money from his listeners to pay off NASA's fine in 2009, on the 30th anniversary of the historic re-entry.


Is Amazon actually giving you the best price? This little known plugin reveals the answer.

Margaret Lipman
Margaret Lipman is a teacher and blogger who frequently writes for about topics related to personal finance, parenting, health, nutrition, and education.

Margaret Lipman
Margaret Lipman is a teacher and blogger who frequently writes for about topics related to personal finance, parenting, health, nutrition, and education.